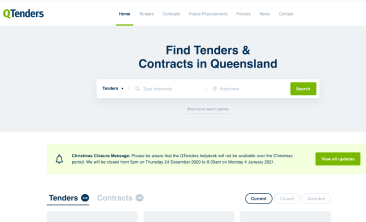 The do’s and don’ts of good eCommerce through CRO 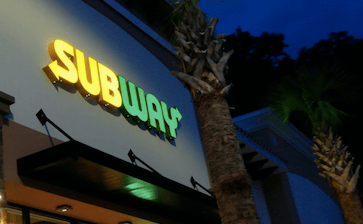 Tools For Retailers to Move Towards Omnichannel Retail
August 11, 2018

Magento doesn’t hold the position in the marketplace that it used to have.

The release of Magento 2.0 while intended to remedy the problem of its flagging position, has accelerated the migration away from the platform.

This change can be clearly seen in Google trends when compared to Shopify:

We recently have had some great success migrating one of our clients from Magento to Shopify (Read: Adreno: Magento to Shopify case study that increased conversion 76%). While putting together our case study on Magento migration for Adreno, we did some research on a number of other case studies for ideas on what we could include.

Given we had searched far and wide for case studies, we figured a cross-sectional analysis of the case studies we found could be an interesting resource on the reasons why people left Magento. Specifically, as we are often asked why users should choose Shopify over Magento.

This article specifically focuses on the problems and reasons for moving to Shopify (or Shopify Plus) from Magento.

What do the results say?

The interesting thing about the case studies is that the range of quoted reasons for moving away from Magento was not that varied. All the reasons were relatively easily classified into nine different categories.

“By far the most popular reasons for migrating away from Magento were bugs & platform stability, alongside development costs. Both reasons were each cited in over half of the case studies.”

An explanation of the issues

Diving into the issues

Of the issues surveyed, 4 issues dominated as a rationale behind the platform change:

These four issues represented 78% of the stated reasons for changing.

Case studies rarely reported a single reason for the change, instead, they represented a couple of reasons. The following is a good representation of a common rationale:

“As a business selling tens of thousands of products each month, changing the e-commerce platform was a big undertaking,” Tom says. But Magento had become difficult to manage, and the servers were creaking under the stress of a growing audience. Not to mention the increasing server costs.

Each of these reasons was treated equally, it was not practical to create a weighted scale.

Development costs represent the coding work to keep the system going and to make changes needed for the continued improvement of the eCommerce system.

“From a business point of view, the cost can be quite unpredictable and that can be hard to manage. You never knew quite what was around the corner.”

Beyond the primary complaint about the development costs, it was also very common that many changes required development support.

It is worth noting that this complaint represented ongoing development costs, not the initial construction.

e-commerce is a 24-hour business, the internet doesn’t sleep. If your website is down, you aren’t making sales.

For example – A day downtime for an eCommerce store selling $1 million of goods a year represents a daily loss of at least $2,500. This is more than just a lost sale, it an opening for another competitor to fill the gap. The internet provides a convenience to buy now, and if your website isn’t doing that, they will go elsewhere.

If you are turning over more than $1 million a year it can be a lot more expensive:

“The situation quickly went from bad to worse as the Magento site that cost hundreds of thousands of dollars to build and maintain crashed on the grandest stage of all for a retailer; Black Friday. The site, according to Ben, was down for eight hours and cost Gymshark an estimated £100,000.”

As an e-commerce owner, technical issues and downtime with your store is a source of intense stress. It introduces an uncertainty to business operations that will grind your online sales to a halt.

On being featured on the TV short Shark Tank:

“The biggest problem that we had in one word would be instability. We just didn’t trust the back platform. That was supposed to be a huge day for us, but we let our customers down.”

Magento is free, so why would this be a problem?

First of all, Magneto is a beast of a framework that requires some hefty server infrastructure. If you have 50-100 users on your site at the time, you will know the servers don’t come cheap.

The problem is exacerbated by spikes in demand. You don’t need to support Mangeot for the quiet or normal periods, you need to make sure it can support your busy periods.

It is a common complaint amongst Magento website owners that they will get a heap of traffic to the website, only for it to crash.

For merchants with a need for more enterprise product, there is Magento Enterprise.  Licensing costs became an issue particularly in any example where Magento Enterprise was referenced. It was seen that in addition to hosting that the licensing made Magento a much more expensive option.

Some of those referenced said that the job of managing their store became a job in its own right because of the complexity of the job.

Many of those featured in the case study complained about the complexity and steep learning curve for non-technical operators:

“So Magento was a big learning curve. I am technically competent and have worked in an IT business, but I found it slow and clunky to use. Loading products took an age, and I know there were bulk load tools you could use, but everything took a long time and there was always a risk that it might not work.”

As part of our research, we reviewed 17 individual case studies, 6 from the Shopify blog and 11 from external sources. The research was pretty comprehensive, and we’d love to know any case studies we missed out (Send us your case study for inclusion).

All but 3 articles had a publication date:

The median represents a good passage of time. Of all those we reviewed, the featured stores were still on the Shopify at the time of publishing the article.

Do you have a Magento to Shopify case study that is not included? Please let me know!

Why Magento was chosen originally

A couple of the articles details the original reason for choosing Magento. It was interesting to see why Magento was chosen:

The most interesting case studies

We really liked two of the case studies for their depth but also because the lessons learned.

This case study covered a lot of material regarding before and after shots of the website which was interesting to see. Good coverage of issues and lessons learned

This was a very good case study that covered the business drivers in detail, how to find a developer, the tools they used, and lessons learned from the process.

In our research, we attempted to look as broadly as we could for case studies, and we found 17 that fit within our framework.

Our requirements for an article to be considered were:

It can be said that in looking at case studies, we are looking through an already rose-tinted view of Shopify. However, we aren’t looking at benefits, or outcomes – purely what the customer has said.

While it is possible the articles on the Shopify blog could sit more along the talking lines of their product. Our analysis shows no major deviation from the reported problems between the articles on Shopify and agency based articles.

On reviewing the case studies, they represented successful migrations from Magento to Shopify, as case studies usually do.

There were no reportable revenue figures for the stores surveyed, as is common in case studies. There was more of a focus on percentage increases on different metrics.

Those surveyed seemed to be interesting and successful online brands that did not appear to be micro or alternatively mega-sized e-commerce (like Target).

Based off of a subjective review of these companies, it could be assumed that a majority of the stores would be sitting in the $1-20 million turn over. With literally all within a $1-50 million turnover per year.

If you have written an article on Magento to Shopify and want this included, please shoot us the link.

Tell us what you think!
If you would like to talk to us about this article, drop us a line on [email protected].

Let's grow your business together. 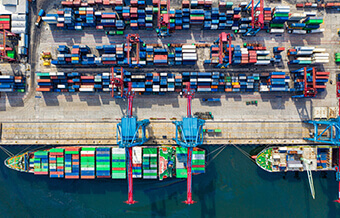